March Madness Lessons in Voice Over 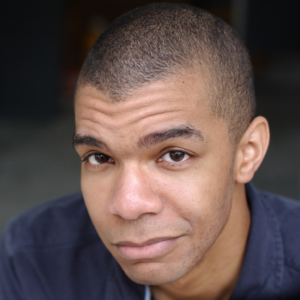 March Madness- the yearly college basketball tournament- is my personal Christmas. You can keep your elves, your yule logs, and your “pa-r*m pum pum pums;” A sixty-seven game single-elimination tournament over the course of three weeks? That’s what brings out my holiday spirit!

I’m such a March Madness geek, I completely shut down my booth for the first weekend, watching every minute of the tourney’s first forty-eight games on multiple screens- complete beautiful basketball overload.

This year, however, I tasked myself with doing something, ANYTHING, productive in those first few days. Instead of just mindlessly watching, I wanted to come up with a group of March Madness-isms that could be applied to a successful voice over career.

I aimed to come up with five, but there’s only so much productivity you’re getting out of me when the games are on, so you’ll have to live with three. Sorry, ball is life!

If you were around me during halftime of the 2006 UCLA-Gonzaga Sweet 16 game, I owe you an apology. I was in a terrible mood, and I probably said some things I regret; I’m sorry for yelling.

If you weren’t around me that day, let me set the March Madness scene: My beloved UCLA Bruins were down by 13 points against upstart Gonzaga. The Zags absolutely dominated the game until, with about six minutes to go, UCLA began to chip away, finally getting the deficit down to 3 with 40 seconds left. What then took place capped off one of the most improbable comebacks in tournament history, with UCLA winning the game by a final score of 73-71.

So how was UCLA able to pull off the miraculous comeback? They adjusted, plugging away until they found an opening. They switched defensive schemes, ran different offensive sets, and kept the pressure on until they found what worked.

To tie this back into VO, here’s a question for you: How often do you feel like your career’s in a bit of a rut? What adjustments can you make to get things back on track? Spinning your wheels on commercial auditions that are getting you nowhere? Have you tried a new approach to the copy? Are you not really feeling the narration work you’ve been doing lately? Maybe give IVR a try! There’s no one right way to do voice over, and if you feel like what you’re doing isn’t working, don’t hesitate to make adjustments!

What, you think the women of Oklahoma St. & Michigan St. survived a triple-overtime 96-94 thriller in the 1991 tournament with nothing but popcorn and beef jerky in those Gatorade cups? Of course they didn’t! So let me ask you; How come you’re not taking regular water breaks in between those back-to-back-to-back marathon sessions? Why are you trying to survive on three cups of coffee and a half-eaten bagel when you’ve got a full day’s worth of auditions waiting for you? Don’t get it twisted; while we’re not running up and down a court for 40 minutes, what we do in the booth can be exhausting on our vocal cords. It is so, so, SO important to stay hydrated. And not just during the session, either- I’m talking early in the morning, before you even hit the booth.

So hydrate, y’all. Right now. Pick up that bottle of water next to you and take a sip. And if you don’t own a water bottle, a.) buy yourself one ASAP and b.) go grab a drink, straight from the faucet. No, you can’t use a cup- this is your punishment for not having a bottle. You will drink that faucet water and like it!

Here’s the thing about March Madness. Out of 68 teams, only *one* is lifting up the trophy in the end. Kinda like out of however many of us audition for that big-money project, only *one* of us will get the coveted “Congrats, you booked it!” email.

Sometimes, especially when I go through periods of not booking anything, it can be hard for me to remember the real reason I’m a voice actor. It’s not because of the money (don’t get me wrong- money can’t buy happiness, but it sure can buy a nice new microphone for your home studio, but it’s because I simply love what I do.

That’s my favorite part about March Madness- getting to watch young men & women play a game they love, because to them, ball isn’t fame or fortune- ball is simply *life.* Yes, it’s true that a handful of them will go on to the next level and make some serious coin, but for the majority of players, March Madness isn’t the next level, it’s the *final* level. So they take it all in, and leave it all out there on the court, enjoying the unique experience.

Wouldn’t we all be so lucky if we could approach every audition, every marketing email, and every piece of copy with that same joy? What if the goal was simply to find the joy in every mundane task and frustration in your workday? While you wouldn’t suddenly be able to hit a consistent 3-pointer from the logo, maybe- just maybe- your read would come in a little more connected and your marketing email would feel a little more personal.

Or, maybe you would suddenly be able to hit a consistent 3-pointer from the logo, in which case, you might want to consider a career change…