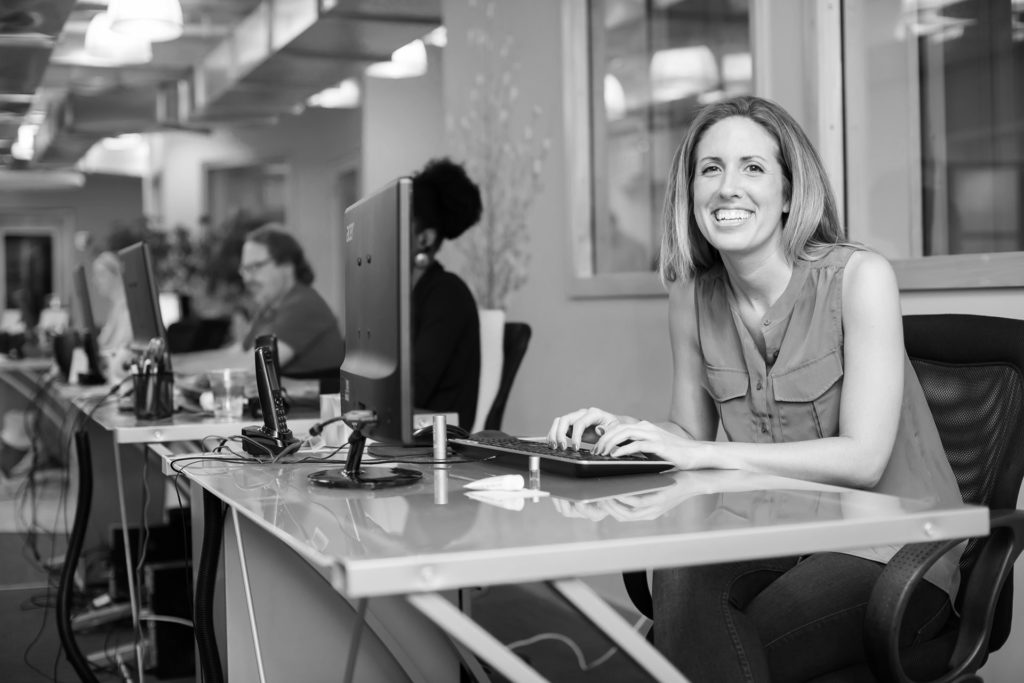 The team of professionals at Edge Studio are here to make sure that you get the highest-quality audio recording quickly and built to your specifications every time. We’re the ones who are there to ensure that you get what you want, when you want it, so you walk away with incredible voice over. Sound good? Actually, your project will sound great.

To schedule with David, please visit the Voice Over Training with David Goldberg page on this website.

A leading authority on voice-over and Chief Edge Officer of Edge Studio, David Goldberg has cast and directed thousands of voice-over productions. He has also coached innumerable voice actors, from beginners to top working pros and celebrities.

David says, “Although I don’t have a golden voice, I guess my ears work pretty well.”

Indeed. David’s ears are considered the best in the industry.

He’s known for an uncanny ability to provide super-quick yet precise direction. Because he sees things from all industry perspectives, many veteran voice actors rely on him as their mentor. David is also one of the most active directors and speakers, frequently illustrating his practical answers with fun anecdotes from his many years of experience.

Soon after founding Edge Studio as a music-recording facility in 1988, David added spoken voice recording to its repertoire. In response to many clients asking him for voice over guidance, David wrote the first edition of the ‘Voice Over Performance Guidebook’ in 1992.

Since 2000, Edge Studio has focused exclusively on spoken voice, and is now one of the world’s premiere voice over production, casting, and training facilities.

Clients and agents rely on David’s ability to pinpoint the right voice actor for their production. Voice actors rely on his ability to help them find their full potential, benefiting from his perception, straight-forwardness, production savvy, and those acute ears.

Edge Studio remains one of the country’s most acclaimed voice over facilities, offering voice over production, casting, and education.

A native Midwesterner and graduate of Washington University in St. Louis, Andrew Warner moved to the Big Apple to work in arts and entertainment. He brings all of his skills and experiences to bear as a member of the Edge Studio team. Andrew has produced short films, counseled students and overseen projects at prestigious educational institutions including The Juilliard School and Interlochen Arts Academy. In all his operational responsibilities, his ultimate goal was to give students the tools necessary to becoming successful performing artists. In addition, he has worked at prominent post-production houses like Company 3, where he was a Production Manager working on commercials for a myriad of products including Progressive, Weight Watchers, Dos Equis, and Apple.

In his free time, Andrew is a rather serious film buff, found more often than not at various theatres around the city, basking in the glow of the silver screen. He also has an extensive background in performance, and can be seen on stage with various improvisational comedy teams around NYC. Among his more deliberative creative endeavors, Andrew has written screenplays, short fiction and comedy sketches, and has a degree in Art History & Archaeology.

Amanda was originally a musician, still is. But after earning a BA in Music Composition from Smith College, she discovered that she loved recording as much as composing. So she moved to NYC where she completed a Masters Degree in Music Technology at New York University. Since then she’s worked as a live sound engineer and at post production houses throughout the city, on various projects including music, film, television, video games, audiobooks and commercials. She served as an ADR engineer on Season 2 of Netflix’s “Orange Is The New Black,” and dialogue editor for Telltale Games’ “The Walking Dead: The Game.”

Amanda is well versed in Pro Tools, Reaper, Twisted Wave, Audacity and other software, is experienced with the most popular VO mics, and – having edited and mastered 500+ audiobooks – knows post-production, too. As one of the Edge Studio staff available for remote and on-site consulting, she enjoys travel. In fact, Amanda would like eventually to visit all seven continents. Maybe she can combine these ambitions? Hey, Antarctica, need some hands-on audio guidance?

Andrew Feliciano has been an audio engineer for more than 10 years. He received a degree in computer science in 2001, but with a background in music, he gravitated towards pro audio and found a home in voice-over. In 2008 he recorded Beau Bridges for the audiobook version of “An Inconvenient Truth”, which won a Grammy that year for Best Spoken Word Album. He will finish a graduate degree in business later this year and continues to explore new technology in audio recording and computers. Andrew is an avid rock climber and outdoor enthusiast.

Almost everyone at Edge Studio has a performance or technical background (or both) and Anoush is no exception. She’s a writer, cartoonist, and performer with a love for classic film. As a creative professional, she is familiar with wearing many different hats, and, having graduated from Purchase College with a BFA in Screenwriting, she remains dedicated to pursuing a career in the arts and entertainment.

Prior to joining Edge Studio, she worked in home video distribution, event promotion, and in providing storyboard art and script analysis for independent films.

In her free time, she performs at live storytelling events; designs her own clothing line; and draws “Anoush Talks To Stuff,” a webcomic about a girl who talks to inanimate objects.

Born in Chicago and raised in the Midwest, Jennifer studied history at Southern Adventist University in Tennessee before moving to New York City. She moved to the city with the intention of climbing the corporate ladder, but always had an interest in the arts and entertainment. She began her career working in advertising agencies around the city and eventually found herself at Edge. She enjoys reading about 5 books a month, baking breads, cakes, and desserts, and loves cats (especially British Shorthairs), even if she doesn’t have one at the moment. She brings her extensive knowledge of sales and advertising to the Edge Studio Production Team.

Kevin has always had a passion for sound. Since joining the Edge Team, he has become a voice over post-production powerhouse, working on ADR, commercials and audiobooks – earning a reputation as both quick and thorough – a patient and creative engineer who’s easy to work with.

Prior to Edge, he attended The Institute of Audio Research. Upon graduation, he worked at Unique Recording Studios. Kevin took this foundation and opened Immortal Sound Studios, where he gained years of experience recording, mixing and mastering a wide array of musical genres.

When not in a control room, Kevin is skiing, traveling, writing and performing in his band. He began playing guitar at an early age, which has led to a successful 20-year career in the music business. He loves not only music, but animals, the New York Giants and boxing. He also contributes to his family’s home improvement business, where you’ll find him helping out within his local shore community to rebuild after Hurricane Sandy.

At the age of five Paul memorized Steve Martin’s, “A Wild and Crazy Guy” which he would recite in living room performances for family members and neighbors. Thirty years later Paul finally moved to New York City from Hampton, Virginia to pursue his dream of performing comedy. Paul has honed his administration and audio video skills in some pretty diverse venues such as record stores and video stores, editing military training videos, television production for MTV and the Discovery Channel, owning his own UPS store and working for a fashion designer. When he’s not holding down the fort at Edge, he can be found around the city performing with his improv team GLORY HAIM. Paul would also like you to know that he loves dogs, tacos, podcasts and rock music (but not necessarily in that order).

One day shy of her eighteenth birthday, Sara Huber made her way across the Hudson
River from New Jersey and settled into the place she always knew she was meant to be.
After graduating from NYU with a dual major in Economics and Journalism, Sara began
a career in the fashion industry, working alongside a then-unknown designer, learning
how to build an empire from the ground up. Through an eclectic resume of other roles,
Sara learned the ins and outs of bookkeeping, tax filing, international logistics, operations
and how to source just about anything. Replying to a temp ad one day, Sara was sent
from the agency directly to meet with Edge Studio Managing Director Andrew Warner
on site, then invited back to meet CEO David Goldberg the following day. Proving she
was meant to be a part of the team, she received a call with an offer just under 50 hours
after submitting her resume. Two months later, she became a permanent member of the
Edge family.

As perhaps the sole Edge Studio employee without a performance background, the only
chance of catching Sara on tv will be if she receives an invitation to compete on
Jeopardy! Until then, Sara enjoys doing the New York Times crossword puzzle (only on
Saturdays) and traveling around the world, from Finland to Fiji to France.

Siobhan O’Loughlin is a voice actor, performance artist, and social media enthusiast. She’s traveled the world with her solo performances, emphasizing creating community in multiple ways: from intimate audiences of small numbers, to large lectures or group workshops, from behind the scenes at Edge Studio, to the front page of The Baltimore Sun, from organizing group meetups, to bringing people from all over together on a digital platform. Siobhan has been part of the Edge Team since 2016. She’s excited to be currently deemed the Manager of all things Social Media (come on over and visit us on Facebook, Instagram or Twitter!) as well as Captain of the Edge Studio Alumni Group. If you’re an aspiring, training, or full-time working voice actor, you’re part of our Edge Family, and we want to welcome you.