Just Keep Swimming: Riding the Waves of Voice Over 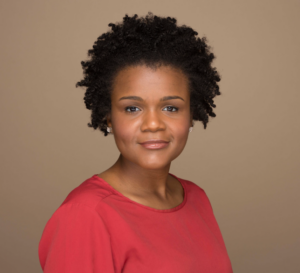 New York City, the place where dreams are made. The city is always moving so fast sometimes it’s hard to dream. The fear of being a small fish in an ocean can be overwhelming. Especially when you can’t find a school of other fish to help you navigate the ocean. But what happens when you stop swimming? Not indefinitely. Just long enough to take in where you are at that moment, choose a direction, trust that you’ve made the right decision, then start swimming again. You can find everything you need and more when you just keep swimming.

Everyone dreams. Big, small, confusing, clear, no matter what it’s yours! I read The Big Stretch by Teneshia Jackson Warner, the Founder and CEO of EGAMI Group, an award-winning, multicultural marketing firm recently named one of Adweek’s top 100 fastest-growing marketing agencies serving some of today’s most successful companies. It helped me to dream bigger than I thought possible and set goals to achieve those dreams.

Normally I would just read a book like this and skip the exercises but I wanted to be intentional because I wanted to see what would happen if I did the work. Instead of powering through the book I followed along as it was designed and dedicated one week to each chapter. In week two, I had to create my 90 day stretch plan. This was a way to break down goals and when I wanted to complete them within the plan. I completed every goal and realized I could dream even bigger because I had nothing to fear. If I had a clear plan to follow then I could just keep swimming along.

Wave Two: Do it Afraid

I previously worked for New York Road Runners, producers of the New York City Marathon. It was inspiring to see people training for the big day but no matter how hard I tried I was not motivated to run. People always said the hardest part was getting outside. Once you’re dressed and out the door, getting the miles in was easier. That bit of wisdom came to mind when it was time to start auditioning for voice over.

I nervously left my employer of seven years for a new career, in a new field that was permanently remote. It was such a hard decision because I had no idea if I was making the right choice by leaving. After leaving, I built a voice over booth in my living room, bought all my equipment, created a website, and found a voice over community. There was no turning back now! The only thing left to do was start auditioning. I started to feel like I invested so much time, money, and labor on something that I may not succeed in. What if I didn’t like my new job or I couldn’t deliver on what I said I would be able to do for them? What if I start auditioning and never get hired? I told everyone I knew I was going to pursue voice over. How embarrassing it would be for it to not work out.

What’s the difference between starting and failing and not starting at all? ABSOLUTELY NOTHING! I went to a webinar where fellow voice actor, Carin Gilfry, talked about the secrets to a six figure income (spoiler alert: there are no secrets). I didn’t go because I expected to make six figures in my first year of voice over. I wanted to learn the habits of top earners so I could develop the same habits from the very beginning of my voice over career. The biggest thing was to audition, audition, audition. The more you can audition, the higher your chances of booking work. I started out with a goal of 7-10 auditions a day. In my first set of auditions, I was booked for two jobs. That was the confidence booster I needed to just keep swimming. Voice over became my marathon. I looked for every opportunity to learn or train but then came race day. Every runner starts with the expectation to finish but it may not always work according to plan. Some people even say, I didn’t train like I should have but I’m still going to run. That’s the attitude I developed. I had no idea if I would cross the finish line but I would never know until I crossed the start line.

I knew the first step to starting my VO business was creating a website. I wanted it to have a fancy logo, a bunch of pages, a beautiful photo, and at least three demos. I convinced myself all of these things were necessary to have the perfect marketable website. I knew all I needed was a headshot, my commercial demo, and contact information but that didn’t match what I wanted. There was just one thing wrong with the website I envisioned, I didn’t have all the things I wanted but I did have all the things I needed. I sat at the computer for a week and did research on website builders, domains, SEO and all things related to building a website. When I was done I had a landing page with everything I needed. I posted in a voice over Facebook group to ask for feedback on my website. This is how I met another Edge Studio student, Erica Brookhyser, who invited me to a voice over workout group.

This was my first time posting in the Facebook group and I was invited to join a group of amazing voice actors who are the best support system and I am so lucky to have them because we’re all doing the work together (shout out to The Warmies). They gave me the confidence I needed to finally start the race. The great thing is we’re all running the same race but started in different corrals. So even though we didn’t start together we found each other along the way and we’re taking it mile by mile together.

I sometimes wonder where I would be if I allowed fear to stop me from posting in the Facebook group. I had thoughts of being embarrassed because I technically had a webpage not a website. Thoughts of no one actually giving me feedback or telling me the page was terrible. But I pushed through the thoughts, remembered the training I went through, the booth I built, the equipment I bought and I knew getting this far could not be for nothing. I had faith that I could make it to the real finish line and I would not be defeated by my thoughts. I had to be motivated by my heart.

My first in person voice over conference was VO Atlanta in April of 2022. I got in a day before the conference and decided to go to Walmart for some conference snacks. My Lyft driver asked how I was doing, I told him I was ok and he asked on a scale from 1-10 what number was ok. I told him maybe a 6 and he asked why. Then I talked about the conference and why I was in Atlanta. I was nervous about meeting people which was the number one goal I had in attending. I do this thing where I plan out an entire scenario in my head. I do everything I can to make it happen the way I see it. When something goes off plan the first thing I do is panic because getting off the plan is never part of the plan! Before exiting the car my driver said, “Focus on your purpose, not your plan”. I still tell myself this when I start to get distracted.

I studied voice over for two years and finally started auditioning on November 30, 2021. I am not the same person I was when I started. I talk to strangers, I turn my camera on in large Zoom meetings, I unmute and contribute to conversations in large Zoom meetings, it’s wild! I found my purpose. I found the me that probably always existed but was never in the right place to show herself. If all this could happen in a few months I can’t wait to see what will happen in a few years. I have a feeling this is going to be the best ride of my life. No matter what happens, I’ll just keep swimming because the possibilities are endless.